Everything You Need to Know About Hearing Aids

It’s easy to take hearing for granted. Only when we lose it do we recognize just how important a part it plays in our everyday lives. If you suffer from mild to severe hearing loss, you can restore your sense of sound with a hearing aid with our hearing loss expert audiologist at East Tennessee Audiology in Lenoir City.

What Are Hearing Aids?

Hearing aids are small battery-powered devices that improve a person’s hearing. They amplify sound waves so that users can more easily communicate, listen, and engage with people and environments. Many hearing aids work in both loud and quiet situations.

Hearing loss comes in multiple varieties. Hearing aids help with all of them. These include:

How Do Hearing Aids Work?

Before we delve into how hearing aids work, we need to understand the anatomy of hearing. Our ears make sense of sound by detecting vibrations. These vibrations travel through the ear’s three primary parts, including the outer ear, middle ear, and inner ear.

The outer ear, also known as the auricle, focuses the sound waves into the ear canal and toward the eardrum. Once the sounds hit the eardrum, they create vibrations. The middle ear amplifies and transfers these vibrations to the inner ear, where we process it. This final step involves thousands of small hairs that convert the sound into electrical signals that the brain can understand.

Every type of hearing loss involves a failure at one or more of these stages. For instance, excessive earwax may cause mild hearing loss. An infection, tumor, or ruptured eardrum can cause severe hearing loss.

Hearing aids make it easier to hear because they correct issues at these different stages. A hearing aid contains three parts: a microphone, an amplifier, and a speaker. The microphone receives sound and converts it into electrical waves. The amplifier takes those waves and sends them back through the speaker.

Hearing problems can be challenging to diagnose because they happen gradually. According to the Mayo Clinic, half of Americans over 75 have some degree of hearing loss. That can include a conductive, sensorineural, or mixed condition.

Some common signs of hearing loss in day to day life include:

While you can take an online hearing test, your best way to test for hearing loss is an in-person assessment at East Tennessee Audiology. Our doctors perform free hearing exams to evaluate your needs, and we assess other parts of your medical history to find crucial information. The process helps determine any underlying hearing loss issues, as well as the optimal treatment, care, and best hearing aid to use.

According to the National Institute on Deafness and Other Communication Disorders (NIDCD), nearly 50 million Americans have mild to moderate hearing loss. Even people with mild conditions may benefit from a hearing aid. The discrete and convenient devices can restore your hearing to its original condition.

Hearing aids come in multiple styles, including analog and digital. Analog hearing aids convert sound into electrical signals and are typically more affordable than their digital counterparts. Digital hearing aids transform sound into a code before amplifying it, giving audiologists more leeway when it comes to adjusting the device for the best results.

Different types of hearing aids include:

Invisible in the Canal (IIC)

A pea-sized device that extends into the ear canal’s second curve. The invisible-in-the-canal hearing aid is ideal for mild forms of hearing loss.

A compact device that’s slightly larger than the IIC. Canal hearing aids may not work best for people with dexterity issues.

One of the most straightforward and accessible hearing aid styles with directional microphones. The ITC hearing aid is easy to adjust and has outstanding battery life.

A versatile hearing aid with directional microphones and rechargeable batteries. ITE hearing aids dramatically improve a user’s level of hearing, though they occasionally pick up wind passing over the ear.

A BTE hearing aid attaches behind the ear with a narrow tip that goes into the ear canal. The device does not draw attention to itself, nor does it block the ear canal. A behind-the-ear hearing aid works for all types of hearing loss.

A comfortable and convenient device with volume adjusters and programmable buttons for noise reduction. BTE hearing aids with earmolds fit behind your ear and take only a few minutes to customize.

Receiver in the Ear (RITE)

The receiver-in-canal looks like behind-the-ear hearing aids, except that the speaker is in the tip instead of the case. The two-piece model offers a natural and seamless hearing aid for anyone with severe hearing issues.

*** You may also prefer a hearing aid implant or surgery. An audiologist typically reserves cochlear implants for individuals with severe hearing loss. The small electronic device collects sound from nearby areas and transmits them to the brain through electronic impulses.

The final price depends on a few factors. For instance, people with mild cases may only need one hearing aid. We recommend two hearing aids for anyone with severe hearing issues.

You can also bundle or unbundle services. Bundling costs slightly more but includes a warranty that covers replacements and repairs. If you want to save money on your hearing aids, your best option is an unbundled service.

You may need a trial period to get used to wearing the hearing aids. Contact our office if you hear distortion, feedback, or unwanted background noise. Our audiologists can adjust the device or provide you with a new hearing aid.

The best hearing aids don’t have to cost a fortune, thanks to insurance providers. At East Tennessee Audiology, we work with all major insurance companies, except for Blue Care. Even if you do not have insurance, we offer financing options to restore your hearing.

We Accept Most Insurance Plans, Including: 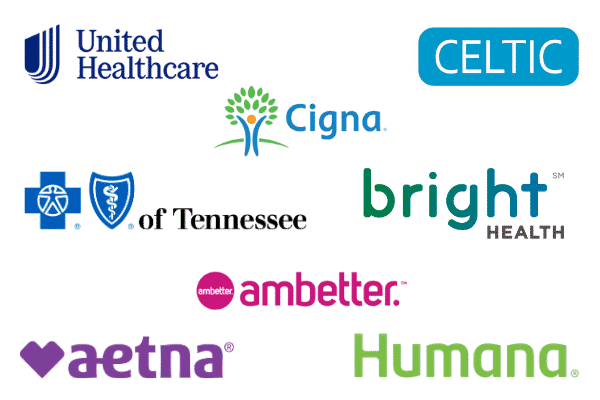 Get the Right Hearing Aid Today!

Don’t let your hearing disappear. Even if you have mild hearing issues, visit our audiology office in Lenoir City, TN, for a free consultation. Our audiologists can provide a free hearing test to see whether you would benefit from hearing aids.

Discover the difference the right hearing aids can make in your life. Whether you need an RIC hearing aid or a BTE model, we work with you to find a solution that meets your needs and budget. Give us a call at (865) 271-9721 to get your hearing test today.

Why Patients Love us

We Care About Our Patients!

East Tennessee Audiology takes great pride in providing exceptional care to all of our patients. Our friendly and knowledgable staff is dedicated to providing you the best hearing services.

Our patients love us and it shows! We are proud to hold a 5.0 rating on Google, and we continue to work hard to maintain it through our friendly and knowledgable staff!

We will work with you and your budget to prevent a payment option and plan that provides you the best hearing technology possible. We even accept most insurance plans.

The Latest in Hearing Technology

We offer the most advanced methods and tools available in the hearing industry. In addition, we continually educate ourselves to learn the newest technology that we can offer.